Report on Nonviolent Alternatives to Canadian Defence and Security of 2004

Deanna Douglas’ article, “Expanding our Toolbox: Nonviolence in the real world” in the Fall 2005 issue of the CC newsletter

Allow the Water: Anger, fear, power, work, sexuality, community – and the spirituality and practice of nonviolence by Leonard Desroches

The Cross and Sword Trial, by Leonard Desroches

Conscience and Courage by Eva Fogelman

1) The Imam and the Pastor/ L’imam et le pasteur – documentary from the heart of Nigeria with a message of dialogue, forgiveness and reconciliation.
Available through:
Initiatives of Change Canada -Building trust across the world’s divides
Initiatives et Changement International – Réconcilier les différences, créer la confiance
613-230-7197, http://www.ca.iofc.org/

2) Pray the Devil Back to Hell – documentary film directed by Gini Reticker and produced by Abigail E. Disney. Won “Best Documentary” at the 2008 Tribeca Film Festival.
The film documents the Women of Liberia Mass Action for Peace peace movement. Organized by social worker Leymah Gbowee, the movement started with praying and singing in a fish market. Leymah Gbowee organized Christian and Muslim women of Monrovia, Liberia, to pray for peace and to organize nonviolence protests. Dressed in white to symbolize peace, and numbering in the thousands, the women became a political force against violence and against their government.

Their movement led to the election of Ellen Johnson Sirleaf in Liberia, which became the first African nation with a woman president. The film has been used as an advocacy tool in post-conflict zones like Sudan and Zimbabwe, mobilizing African women to work for peace and security.

3) A Force More Powerful: A Century of Nonviolent Conflict, produced and directed by Steve York. There is also a 16 page study guide and a companion book written by Peter Ackerman and Jack DuVall. These films focus on how the power of nonviolence has been used in various situations (e.g. Danish resistance to Nazism, the civil rights movement in the US, opposing apartheid in South Africa, etc.)

First occupied by the Soviets in 1939, then by the Nazis, and then by the Soviets again, Estonia lived through decades of terror. By the end of World War II, more than one-quarter of the population had been deported to Siberia, been executed, or had fled the country. Music sustained the Estonian people during those years, and was such a crucial part of their struggle for freedom that their successful bid for independence is known as the Singing Revolution.

The Singing Revolution is the first film to tell this historically vital tale. “This is a story that has not been told outside Estonia,” said filmmaker James Tusty, who is of Estonian descent. “We felt it was time the rest of the world knew of the amazing events that happened here.”

Four years in the making, The Singing Revolution is a moving, intensely human testament to the sustaining power of hope and the motivating strength of song. The film reflects the indomitable human drive for personal freedom, political independence, and self-determination.

5) Joyeux Noël is a 2005 film about the World War I Christmas truce of December 1914, depicted through the eyes of French, Scottish and German soldiers. It was written and directed by Christian Carion. **

The film was nominated for Best Foreign Language Film at the 78th Academy Awards. The story of that Christmas truce is a powerful anti-war story, one that testifies to the innate desire of humans to connect in friendship rather than engage in violence.

6) Knowledge is the Beginning is an Emmy award-winning film showing how Israeli Jewish conductor Daniel Barenboim and Palestinian literary theorist Edward Said founded the West-Eastern Divan workshop which evolved into a fabulous orchestra. “This is not a simple feel-good story… Rather the film is almost an instruction manual of how much cultural good can be done in the worst of political times.” ~ The Boston Globe.

** Folksinger John McCutcheon has a great and moving song about the Christmas truce, called “Christmas in the Trenches”, also highly recommended. 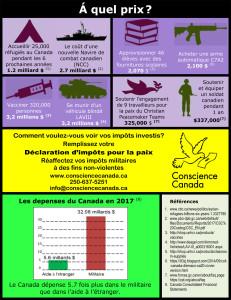