Fight, fight, fight the ads urged my only grandson, whose parents, his grandmother and I were bringing up to be a peacemaker, to resolve differences without resorting to violence.

Eagerly, with propaganda fuelled enthusiasm, our generals led by example.

Our sons and daughters fought in Afghanistan. And 158 came home in maple leaf shrouds. How many more came home with PTSD and, getting little help from the Chain-of-Command that sent them into battle, died by their own hand or sought solace in booze and dope? There was $22 billion of our taxes to fight the Taliban and make Afghanistan safe for the war lords and their opium production, but just a pittance to help our returning sons and daughters-the walking wounded. $22 billion to fight, but how much to make peace; to increase foreign aid and address the root causes of so much conflict; to expand mental health services; to improve aboriginal education; to restore the environment; to strengthen our democracy?

“Fight, fight, fight,” said Canada’s leaders as they sent CF-18s to Libya to help depose a vicious dictator, whose guns mysteriously migrated to Mali and Nigeria to arm the Boko Haram, to murder infidels and kidnap and violate innocent school girls. Too late we learned how easy it is to generate fear, multiply distress, create chaos, and leave the country a failed state-a breeding ground for fanatical jihadis to fight for ISIS and Boko Haram.

“Fight, fight, fight,” said Canadian officials and stood by supportively while Gaza suffered another of its recurring rounds of destruction, pain and death. Fight, fight, fight and radicalize more young people in Muslim world and propel the cycle of violence to ever deeper reservoirs of hate, fear, distress and chaos.

“Fight, fight, fight,” said the generals, and sent six CF-18s to battle ISIS, born of misguided, dishonest foreign policies and gross military mismanagement. Fight, fight, fight, and join the Empire in its self-appointed role as global policeman-join this Empire in attracting to ourselves the pain, inchoate rage and desire for bloody vengeance generated by the illegal use of white phosphorous in Fallujah, the atrocities of Blackwater, the torture of secret renditions, the obscenities of Abu Ghraib and Gaza.

Fight, fight, fight, and jail and kill our alienated, misguided, mentally ill sons and daughters whose demented minds lead them to fight fear, distress and chaos by killing RCMP officers in Moncton, warrant officers in Saint-Jean-sur-Richelieu, a corporal at the War Memorial on Parliament Hill or respond to radical recruiters to build the caliphate in Iraq, Libya, Afghanistan and Pakistan and fight, fight, fight for ISIS.

“Father, forgive them for they know not what they do.”

Love, love, love said Jesus and the Empire killed him. But Jesus teaching and example of love of enemy so infused the imaginations of his followers that by word and deed they spread the good news of love, and within 300 years the Empire was converted.

Love , love, love said Gandhi and lived a life of ahimsa and satyagraha and led his disciples in campaign after campaign of loving civil disobedience and active goodwill that challenged the very foundations of the Empire with an open and transparent call to a law higher than the unjust imperial laws that justified oppression and exploitation. The Empire killed Gandhi’s disciples and repeatedly threw him in jail. Churchill derisively said that he had not become the king’s first minister to preside over the dismemberment of the Empire by a half-naked fakir. But Gandhi prevailed. India achieved independence. The Empire dissolved and a different kind of power became manifest in the affairs of men and of nations.

Love, love, love said Martin Luther King Jr. and led his demonstrators into the brutality of naked white power embodied by police truncheons, snarling dogs, water cannon and the raging fire of racial hatred. Martin Luther King Jr. had a dream of equality between blacks and whites, but did not live to see a black man elected President. How enormously ironic that the hatred of this black President is strongest among those who claim to be followers of Jesus, the King of Love and the Prince of Peace.

Love, love, love said the East German worshipers at the Nicholas Kirche in Leipzig, as they sang and prayed, marched and demonstrated and refused to be intimidated by the Stasi, the brutal secret police. Following the lead of the avowedly non-violent Solidarity Movement in Poland, and bolstered by the papal visits to Czestochova and Krakow and their massive demonstrations of people power, the Leipzig demonstrations led directly to the fall of the Berlin Wall and the collapse of Communism in Eastern Europe. In the minds of the generals the only way to defeat Communism and that was through the thunder of artillery and the flashes of nuclear bombs, but the pastors and the people prevailed with song and prayer and the power of the Spirit.

“And there remain faith, hope and love, but the greatest of these is love.”

“And true servants of the All-Merciful walk the earth with humility, and when the ignorant address them they say, ‘Peace’.” 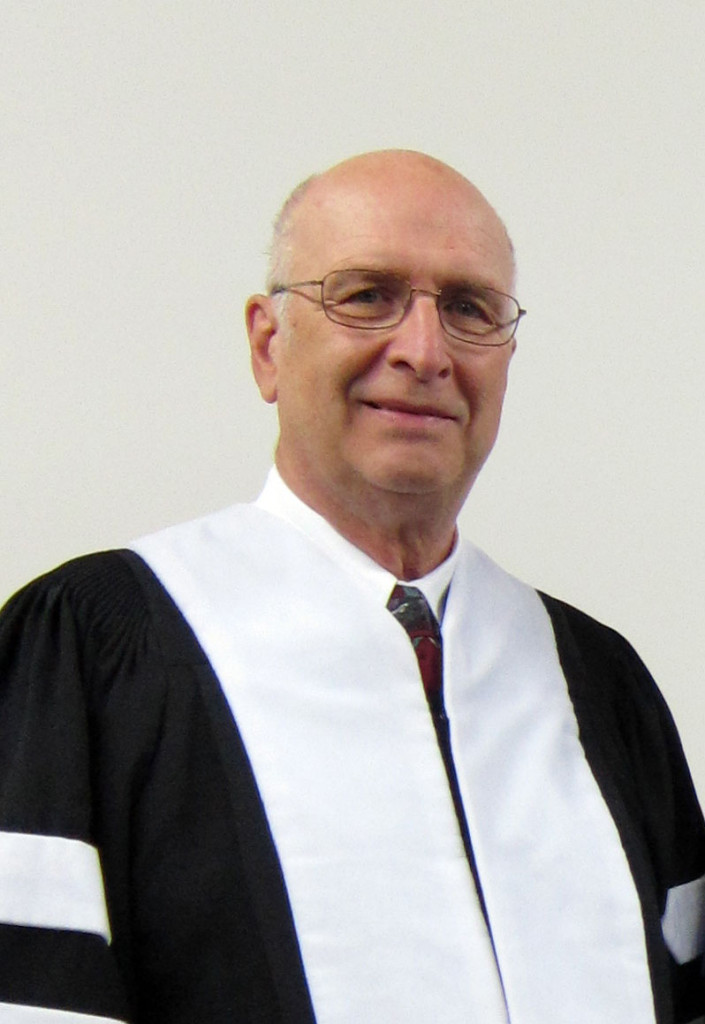 Peace, peace, peace say the prophets, the pastors and people like Jesus and Gandhi, Martin Luther King Jr., the demonstrators of Leipzig and Czestochova and people worldwide who take to the streets and demonstrate against the designs of prime ministers and generals -the peace of the open hand of amity, of service through friendship and love, trust and generosity, openness, transparency and accountability and the rule of law. Their peace is the peace of life.

For 6,000 years of recorded history humans have trusted prime ministers, generals and arms merchants to bring them peace. For 6,000 years humanity has suffered the bloodletting of war and now marches toward the abyss of nuclear annihilation and ecological apocalypse. Isn’t it time to change direction?

“I have set before you this day life and death, blessing and cursing, therefore choose life.”