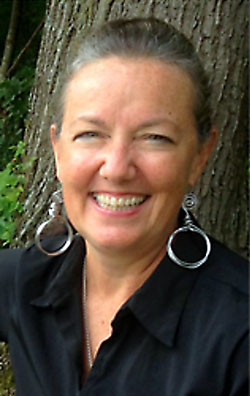 I realize that this letter may come across as a little harsh. If it does, please consider its message and recognize that the tone reflects an anger and disappointment with the American judicial system that is extremely difficult to put into words. It is sent respectfully, in the hope that you, at least, will exercise whatever authority and integrity you possess to get American justice back on the rails.

I recently learned that Mary Anne Grady Flores was sentenced to a year in prison. If you’re unfamiliar with the reason(s), it would be very appropriate for you to find out.

Mr. President, you’re a lawyer. If only you had the courage, the time, the desire to check out the details of this court case (and the many others just like it before the American courts) you would quickly discover that her incarceration represents a judicial perversion which, simply put, exemplifies another step in America’s general moral and ethical decline; an apparently determined effort by America’s political and military leaders to more closely resemble the wicked and far-off communist states it so feared a generation or two ago. (By the way, Mary Anne’s incarceration is not a recent aberration in the application of American justice. In the name of democracy, the American penal system has on a number of previous occasions shown its willingness to incarcerate grandmothers who advocate the banning of obscene weapons of destruction.)

How, Mr President, is it possible, and what makes it legitimate, for a citizen of the land of the free and the home of the brave to be arrested for peaceful and legitimate protest against the slaughter of innocent men, women, and children? Is not the right to protest written into your own constitution? How then is it possible, and why is it permitted, for a judge to so distort the law that he can openly issue an order of protection against a grandmother (who is spending her life’s energy advocating non-violence) on behalf of a senior military commander who’s life’s focus is on the strength of arms? On what basis, Mr President, does it make sense for the state to spend tax dollars to incarcerate a citizen whose exemplary life should be a model for each and every American? How, Mr. President, can it be reasonable to acquit a group of ‘disorderly’ protesters and then arrest a grandmother for taking photos of them? And who, Mr. President, in the United States of America is keeping an eye on judges who distort justice? Your responses to these questions are very important to me!

What will you do, Mr. President, to see that Mary Anne Grady Flores (and all those who, like her, are being subjected to violations of the American constitution) receives the vindication and respect that she deserves?

Respectfully waiting for your response,

PS: The following poem was part of public school curriculum in my generation as an example of something that reflected a humble but honorable aspiration. I suppose by now we’ve ‘progressed’ to the point of recognizing it as nothing more than a childish ditty.

The House By the Side of the Road — Sam Walter Foss

I know there are brook-gladdened meadows ahead and mountains of wearisome height;
That the road passes on through the long afternoon and stretches away to the night.
But still I rejoice when the travelers rejoice and weep with the strangers that moan,
Nor live in my house by the side of the road like a man who dwells alone.

And for such a hope, Mr President, a grandmother sits in prison?

« To: The Honourable Joe Oliver, Minister of Finance, Canada
What about ISIS? »